This page gives an overview of a case study conducted for PCM-based reliability modelling and prediction, which was reported on in our QoSA 2011 publication. The study focuses on a web-based media store product line. The model is inspired by common data storage solutions and has similar functionality to the ITunes Music Store.

The media store system provides a centralized storage for media files, such as audio or video files, and a corresponding up- and download functionality. For upload, a user sends a list of files to the system, which stores the files in its central database. Large files are compressed before they a stored, to save disk space. For download, the user sends a list of file names to the system, which retrieves the corresponding files from the database and sends them back to the user. Figure 1 summarizes the different products and design alternatives of the media store product line. 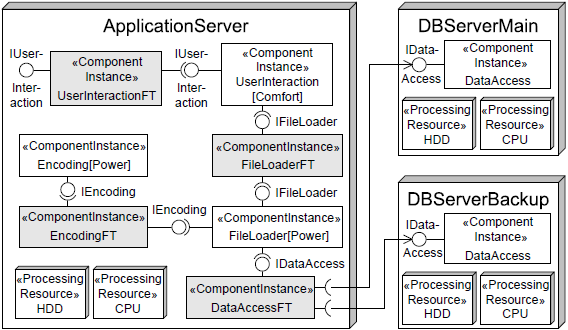 The core functionality is provided through six component types:

All components are deployed on a single application server; only the database and the DataAccess component are deployed on one (or optionally two) database server(s). Our model contains a hard disk drive (HDD) and CPU resource for each server.

During up- and download of media files, different types of failures may occur in the involved component instances:

Regarding failure probabilities, we generally assume a value of 10-5 for each individual point of failure and software failure type in the model, with the following exceptions:

In other settings, these values could have been extracted from log files of existing similar systems.

Fault tolerance mechanisms may optionally be introduced into each of the media store products, in terms of additional components (which are shown in gray in Figure 1):

We calculated the expected system reliability for each media store product and design alternative. Each calculation took below one second on a standard PC with a 2.2 GHz CPU and 2.00 GB RAM. The results of the evalution are shown in Figures 3 to 9. Further explanation and interpretation of results can be found in our QoSA 2011 publication. 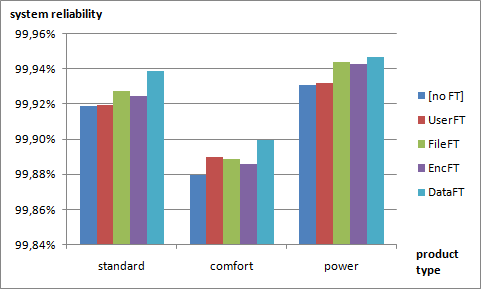 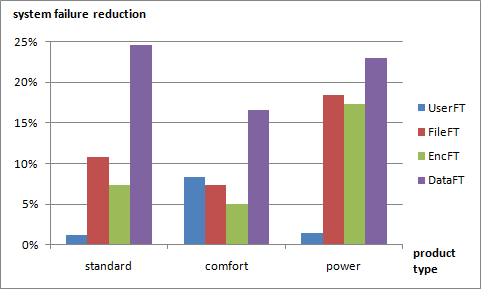 Figure 4: Relative Reduction of System Failures of the Media Store Design Alternatives, compared to the Alternative without Fault Tolerance 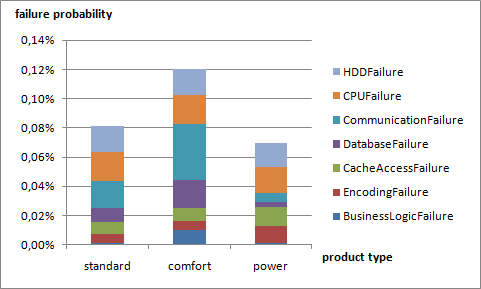 Figure 5: Failure Probabilities of the Media Store Products without Fault Tolerance, cumulated over all Failure Types 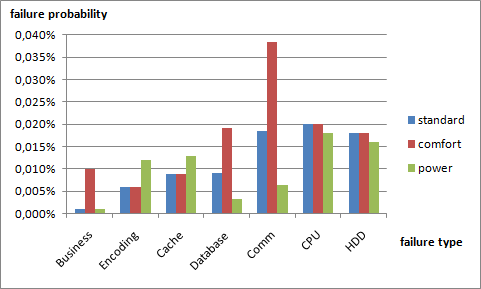 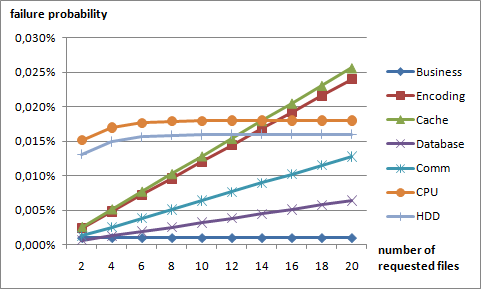 Figure 7: Failure Probabilities per Failure Type of the Media Store Power Product without Fault Tolerance, with the Number of Files requested per Upload/Download varied between 2 and 20 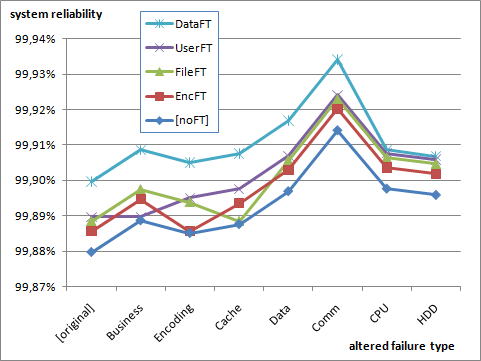 Figure 8: System Reliability of the Media Store Comfort Product for all Design Alternatives, with Alterations of single Failure Type Probabilities 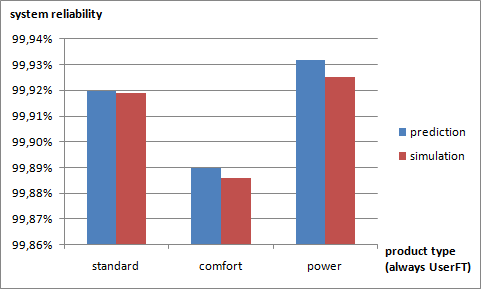