This page gives an overview of the Business Reporting System (BRS), which serves as a case study for PCM-based reliability modelling and prediction. The model represents a system that generates management reports from business data collected in a database. We have reported on the case study in our TSE 2011 publication.

The BRS model, as created for the case study, covers the core functionality that the system offers to its users:

Figure 1 gives an overview over the involved software components, hardware resources, and the modelled system usage.

Users can access the BRS via web browsers to perform data queries. This functionality is provided by the WebProcessing component through the IWebProcessing interface, which offers the following service operations:

Users with administration rights can directly access the system backend and perform system maintenance. To this end, the CoreGraphicEngine composite component offers the following service operation through the IAdministration interface:

Notice that the modelled BRS functionality as decribed above is an abstraction from the details of the actual interfaces, in order to focus on the reliability-relevant aspects of these interfaces.

The modelled system configuration consists of 23 components instantiated from the following 12 component types:

The system servers are connected through communication links as shown be Figure 1.

As system reliability can only be predicted with respect to a given system usage, the BRS model includes 3 envisioned usage scenarios with given occurrence probabilities:

The risk of failures-on-demand during the execution of the usage scenarios is modelled through the following reliability-specific annotations to the BRS model:

Besides the standard version of the BRS model, we applied different architectural tactics for reliability improvement, resulting in the following design alternatives:

To demonstrate the capabilities of our reliability modelling and prediction approach, we performed a series of reliability predictions for the BRS model, with the following results: 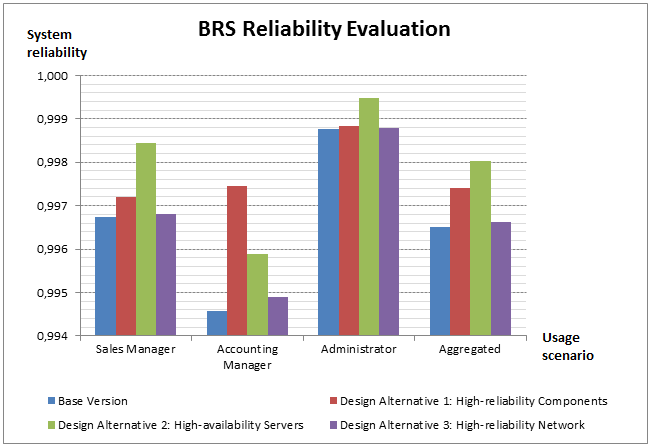 Figure 2 shows the predicted BRS system reliability (i.e. the probability of a successful run through a usage scenario) for the different usage scenarios and design alternatives. The aggregated usage scenario is the overall success probability, taking into account each individual scenario and its occurrence probability. The figure shows several trends, which can also be acknowledged through reasoning about the system: 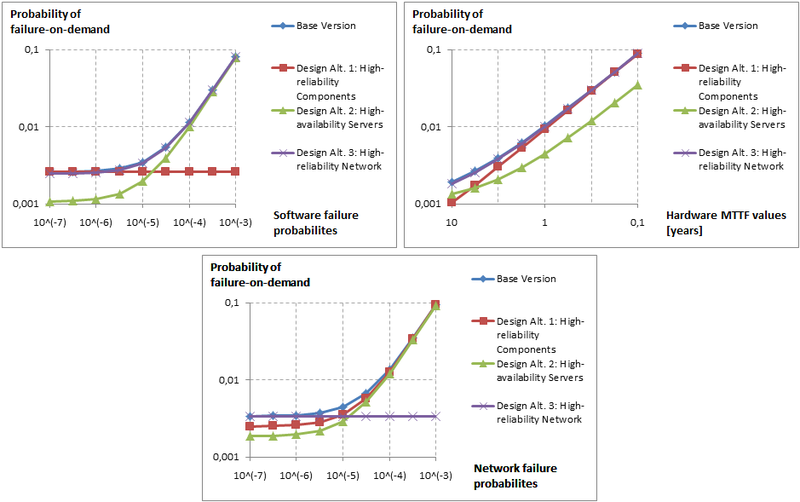 Figure 3 further investigates the BRS design alternatives and shows their failure potential when the required model parameters are subject to uncertainty. The figure shows three experiments. Each experiment alters the model parameters with respect to one of the dimensions software reliability, hardware availability and network reliability, while leaving the other dimensions unchanged. More concretely, the first experiment varies all software failure probabilities of all InternalActions in the model between 10^-7 and 10^-3; the second experiment varies the MTTF values of all hardware resources between 0.1 years and 10 years; the third experiment varies the failure probabilities of all network links between between 10^-7 and 10^-3. Such variations can express the uncertainty when estimating the model parameters at an early design stage. Taking a closer look at the results, one finds: 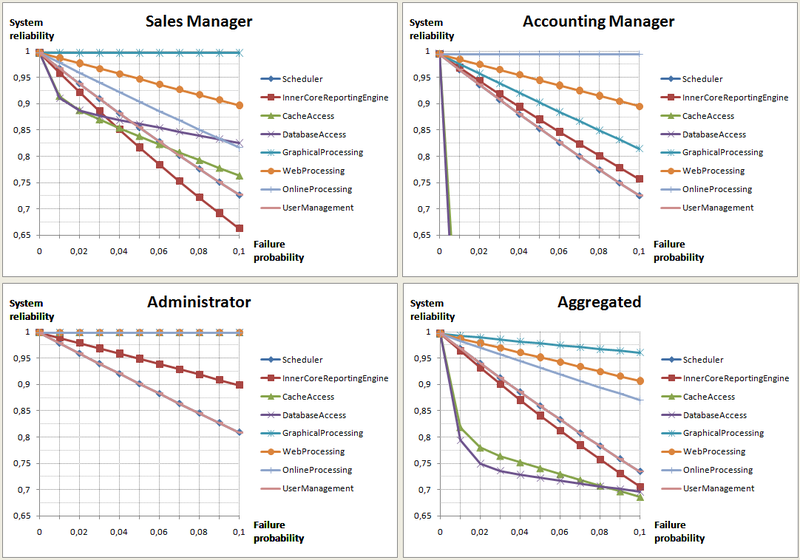 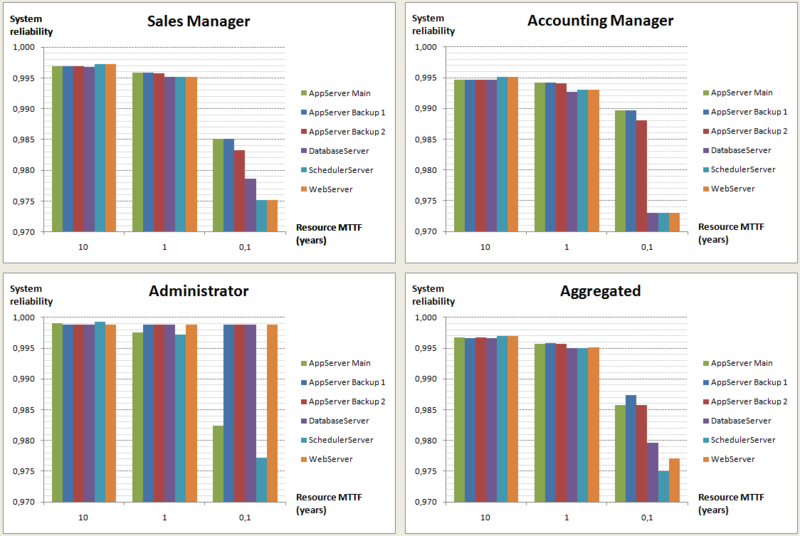